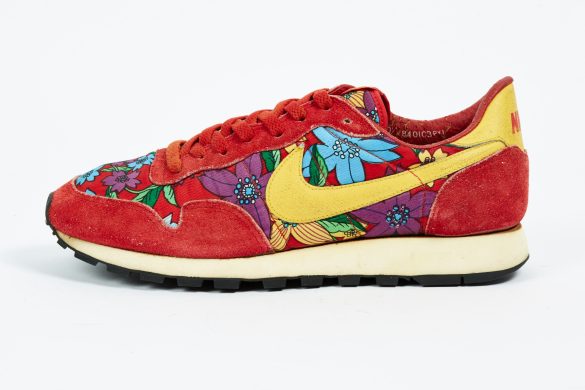 Any citizen from the general public could easily participate in the Honolulu Marathon.
Aloha was made to commemorate this sporting event. It was based on the Omega, a low profile shoe. But it was transformed into something totally different by flower patterned print fabric. The reason for Nike’s popularity not only rests on its performance but also on its visual impact. No other manufacturer could make such extraordinary head-turning shoes back them. Aloha was mainly delivered for the Hawaiian market. Some were sold in other states but they were quite rare. Women’s version based on purple coloring was also released at the same time.
Source : Blue Ribbons from Takatoshi Akutagawa