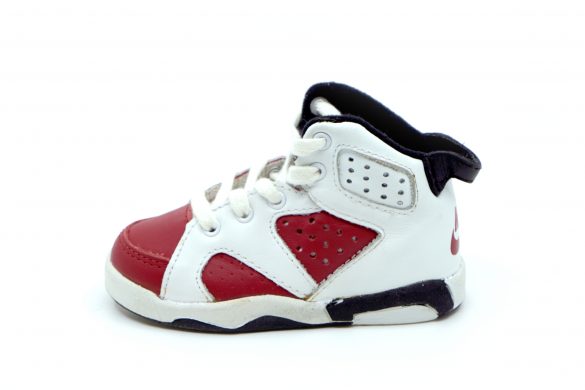 The AJ6 Carmine released in 1991. The shoe has a few distinct features: It’s the last Jordan shoe to have Nike branding on the shoe — Jordan wanted to separate itself from Nike — and it’s one of the last to have an air window on the back heel. In addition to his individual accomplishments, the Bulls put together their best season to that point in Jordan’s career and found themselves in the NBA Finals against Magic Johnson and the Los Angeles Lakers. Jordan wore the shoes when he pulled off his iconic up-and-under move in Game 2. He wore them as he celebrated the Bulls’ first title with his teammates at the Great Western Forum in Game 5. He debuted the Carmines after he won his first ring in 1991 and wore them from the first game of the 1991-92 season until the 1992 All-Star weekend in Orlando, Fla., where he showed off the Jordan 7 Bordeaux.