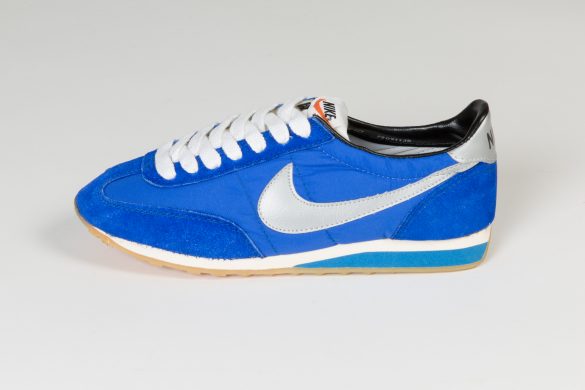 Roadrunner design was changed from Bangkok, its original model. Although it looks completly different, the shoe’s all round purpose from racing to indoor training was still the same. Round or hexagonal short spikes were installed on the outsole so that the shoe midly grip varying surfaces. Reinforcement to the upper is enlarged and the design philosohy shares common aspects with current cross training shoes. Although Road Runner is based on a clear-cut concept, its biggest impact was the initially released bright green, base color. This model is impressive in the fact that it reflects Nike’s distinctive style.