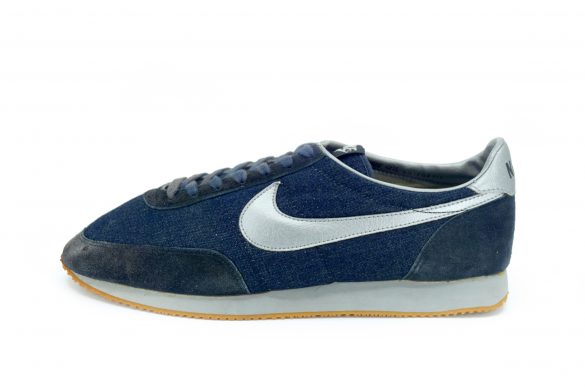 With the expansion of Nike’s production sites after late 1970s, various models start to crowd the catalogue pages. Manufacturing in Japan and US were continued but because these factories resulted in high produc- tion costs, they could not yield low price shoes. Air, which was to become Nike’s main product later on, could not be produced outside of US. Consequently, the number of lower price range shoes made in Korea or Taiwan increased. This is the Lady’s version.

Sierra, originally, was such a lower price kind.Its design is simple and there is not much to observe from a technical aspect, but it always uses an interesting material and has a unique look. This ‘denim’ version with its silver swoosh and grey outsole was strictly produced to be sold to the japanese market.