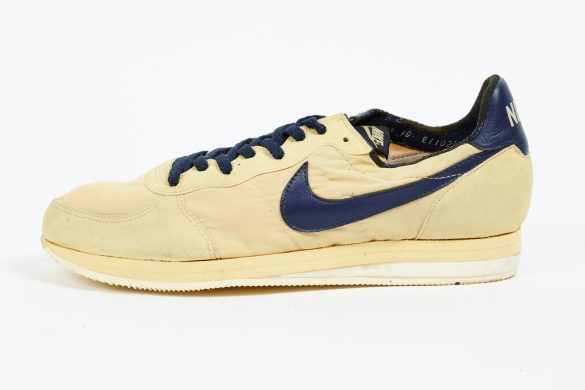 Bill Bowerman was a person who believed that priority must be placed on light shoes to draw out the athletes’ best performances. This philosophy was passed into young Nike product developers.

Coincidentally, they found the answer in a completely different industry. A polishing cloth called “Geos”, became the best material to reinforce upper. Leather, which was used up until then was hindering their efforts to take off the shoe’s weight. By using Geos, durability did not have to be sacrificed to obtain a light shoe.

In 1980, the super light marathon shoes “Eagle” was born. And also “Mariah”, which inserted the Air unit in the midsole was born in next years. Many athletes wore these two light shoes. Besides Alberto Salazar, who won the New York City Marathon in three consecutive years, the shoes contributed in wining many other international titles.