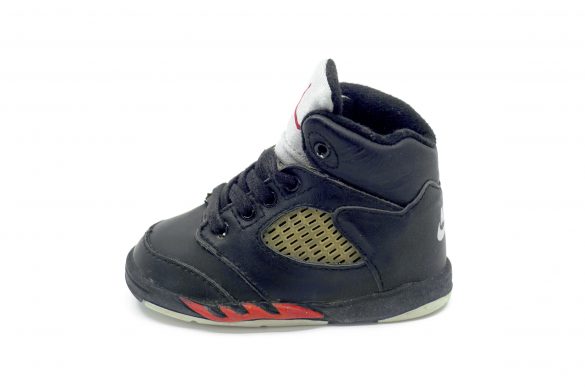 When the AJ 5 was designed, the inspiration was “grey nurse shark” or Super marine Spitfire MkVIII, which is a World War II British fighter plane. To add to the finishing touches of the shoe, Tinker added a reflective 3M tongue with Jumpman embroidery.

The fire red iteration of the Air Jordan 5 was also significant because of what it represented in terms of on-court history. Of course, the release of this shoe is also synonymous with the Bulls coming up short of an NBA title.

The AJ5 released in various colors for kids, toddlers and newborns. This is the infamous black/metallic silver version with its clear grid.