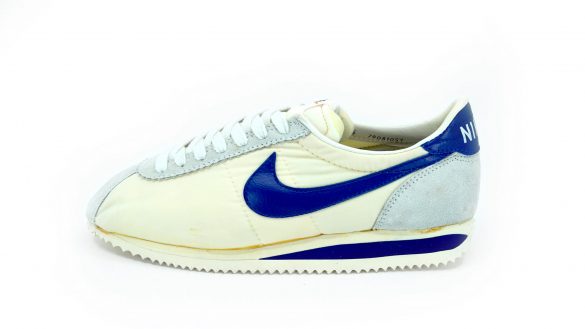 In July 1973, when Runner’s World called the Nike Cortez “the most popular long-distance training shoe in the U.S,” it was clear a transformation of the running shoes industry and what it meant for Nike was underway. Since its inception, Nike Cortez has evolved over the years and broadened its appeal. The Cortez Deluxe, released in 1973 in white leather and blue suede, featured a wider heel and a heel counter for stability. The Señorita Cortez, made for women, debuted in 1974. Leather Cortez remained the best-selling Nike model through the mid-1970s. From being made in the US and Japan, the production of the Cortez developed in Korea in Taiwan in the 1980s. The pace was high. From the colorful and university color-based versions of its nylon uppers models of the 70s, Nike concentrated on making more leather-based models of the Cortez, with a softer color range but enhanced quality. The 2nd era of the Cortez was there. The Nike Cortez II was enhanced by the addition of an EVA midsole in 1988.