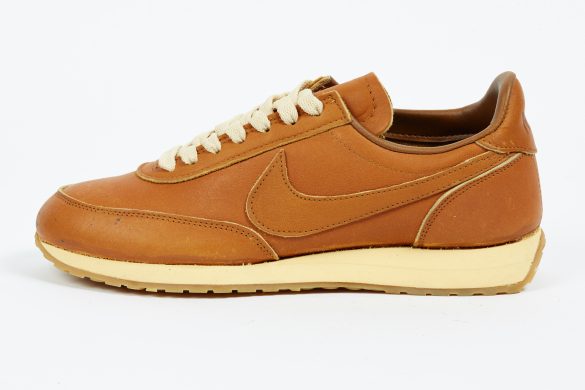 Just as Le Village was born from the Cortez, Air Leisure was born from Tailwind.
The first Air-equipped shoes were altered to become casual. The upper was changed to leather but the design itself shares the same traits.
However the outsole is the flat gum sole instead of waflle sole.
As it was the case with the waffle sole, some had doubts about the actual function of Air. This shoe was probably made for people other than runners so that they could understand how great it is. Air is not only for serious runners but has a universality that could be accepted by everyone. The company itslef knew of its great possibilities.